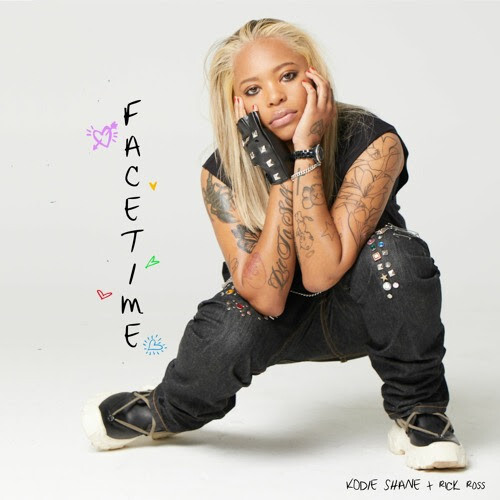 The Atlanta born-and-raised artist Kodie Shane has just released her new track and video for “FACETIME” featuring legendary rapper Rick Ross. The soulful ballad has all the makings of hit record: from Kodie’s infectious hook and melodic verse, the cinematic and celebratory visuals, and all the way to the lavish and braggadocios feature from Rick Ross. The song details the complexities of young love, with Kodie serving as a young heartthrob in search of reciprocation in her tenacious relationship. The track is a perfect example of the free-flowing and eclectic style of Kodie Shane, displaying her flair for originality and ingenuity over a melodic instrumental.

“FACETIME” marks a new era for Kodie Shane, showing off her refreshed sound and renewed outlook on life. Kodie emerged as one of the most integral voices of this generation, starting with her breakout single “SAD” featuring fellow Atlanta superstar Lil Yachty. Kodie would then sign to Epic Records, and from there, the doors of success were wide open. Later, Lil Yachty would recruit Kodie for his Sailing Team, a collective of young, talented artist under his direction. Kodie emerged as the superstar of that collective, and following their disbandment, was able to continue her journey towards stardom, dropping her EP’s Young Heartthrob and Stay Tuned which were met with widespread acclaim from fans and critics alike. After this, Kodie would go on to take the independent route, setting the stage for the next chapter of her career. Following the release of her EP, BLOOMING VOL. 1 in 2020, Kodie dropped a collection of singles, including “LEVELS”, “Breathe”, “Scared of You”, and “Umbrellas”, all of which show off Kodie’s unabridged artistry.