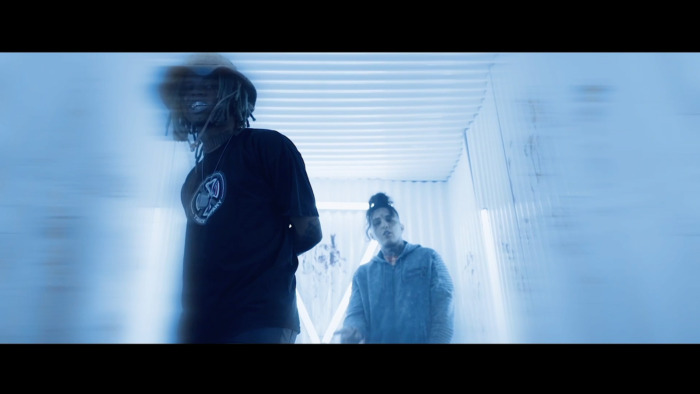 Following the release of CITY MORGUE VOL 2: AS GOOD AS DEAD DELUXE, today Hikari-Ultra/Republic Records duo City Morgue released a ghostly new video for “THE FALL BEFORE THE GET UP” ft Clever!

Watch “THE FALL BEFORE THE GET UP” ft Clever: https://youtu.be/5PXQypKb4z0

Drifting like dark angels through a beautiful nightmare, City Morgue says their last goodbyes to the struggles plaguing their life. As SosMula lies awake in a casket confronting battles with PTSD and the need for therapy, ZillaKami growls through the chorus about being hopeless; effortlessly melding the worlds of rock and rap. At the end of the video directed by Karltin Bankz, Post Malone’s up and coming artist Clever injects his beautifully sung vocals that contrast with City Morgues gruff melodies.
“THE FALL BEFORE THE GET UP” ft Clever is a highlight from the four new tracks added to the Deluxe album. Executive produced by the legendary Mike Dean, the original album CITY MORGUE VOL 2: AS GOOD AS DEAD had immense success with over 70M streams becoming the #1 rock alum upon release, debuting at number one on the Billboard Top Rock Albums Chart, and in the top 20 on the Billboard Top 200 Albums Chart.

Additionally, last week City Morgue launched the next installment of their cult-favorite merch collection with hoodies, t-shirts, and face masks. 100% of the proceeds from their face masks are being donated to MusiCares COVID-19 Relief Fund.